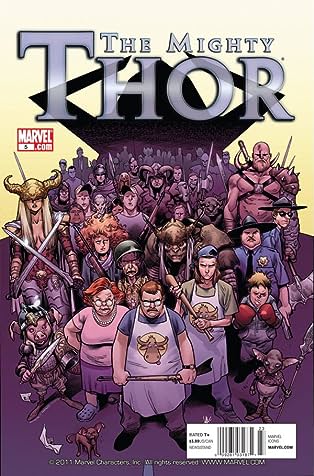 This item is not in stock. If you use the "Add to want list" tab to add this issue to your want list, we will email you when it becomes available.

Art Cover - Volume 1 - 1st printing. Volume 2 - 1st printing. Art and cover by Pasqual Ferry and Adam Kubert. Discover the true story behind the Serpent and Odin's past! But who is Tanarus, and why is he the new God of Thunder? Loki tries to expose the imposter god by enlisting the help of Donald Blake?! And as the new All-Mothers of Asgardia battle their first threat to the Nine Realms, Thor struggles to free himself before the Demogorge consumes him.

Cover by Walter Simonson. His father in exile! His mother on the throne! Thor's world is upside down - and what the heck is Donald Blake doing here, too?! As Thor readjusts to life on Earth, all Broxton - and all Asgardia - begins having the same nightmare. What really happens in your room at night after you fall asleep?

How can Thor fight a foe that's not there? As the Enchantress completes her latest masterpiece of madness and mayhem, her Keep is unleashed on a slumbering Asgardia - and Blake is transformed into the revenge-crazed Deconsecrator! How far will he go to regain what he's lost? And how can the Nine Realms escape a nightmare with no end? There was plenty of action, particularly as Thor tests his might against the Silver Surfer, and a good bit of humor.

And who doesn't enjoy seeing Loki get into mischief? The story has some strong emotional beats and moved at a good pace. Overall, this is a solid start to the post-Siege series that has me eager to continue. Plus, I love the movie tie-in cover on the hardcover release. In the climactic fight, Thor split the World Tree Yggdrasill, causing a rift in reality, and Asgard is now haven to inhabitants from many of the other realms dwarves, elves etc.

Now for the basic set up for this story: In the wake of splitting the World Tree, Odin sends Thor and Sif into the aforementioned rift in reality, where they find the World Heart, a seed of the World Tree. Due to the item's immense cosmic power, it is sensed by the Silver Surfer, who seeks to take it from Asgard for Galactus, as it may forever end his hunger.

This sets the stage for some absolutely epic fighting as Thor brawls with Surfer on Mars; Odin fights Galactus and other great moments. Yes, that's right, Asgard declares war on Galactus. Oliver Coipel returns to stun with his fantastic artwork, and it looks just as great as his work during the acclaimed JMS run. The high scale premise here really gives Coipel a chance to cut loose for some fantastic scenes.

The Mighty Thor () #3 - Comics by comiXology

During the opening, Thor is given a glowing wound that is constantly mentioned but it never amounts to anything here: it's just played for some pointless drama, and considering that it hardly seems to impede Thor from brawling it out with Silver Surfer or hammering Galactus through the head, it seems pointless. This is epic cosmic godly warfare, not a commentary on religions how can we believe in god if these Asgardians right next door are gods etc. On the plus side, Fraction really delivers with the rest of the support cast: Volstagg has some great humor bits to keep the scale of the main plot from going overboard, and Sif has far more to do here than she has thus far.

Kid-Loki is cast as a sympathetic character here, so at least Fraction is making the most of the pointless death-resurrection cycle by giving us a new spin on the character. Though it has a few problems, this is ultimately a great Thor story. The scale is grand, the action is great, the character moments are well done, and the art is phenomenal. 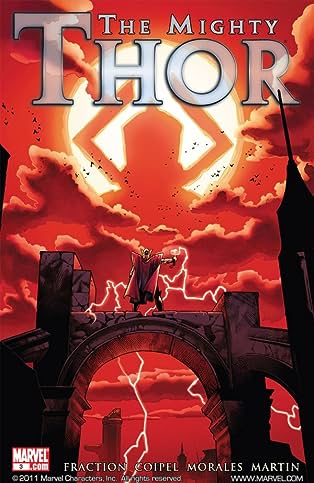 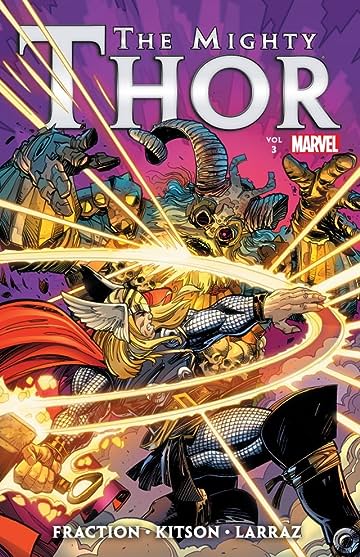 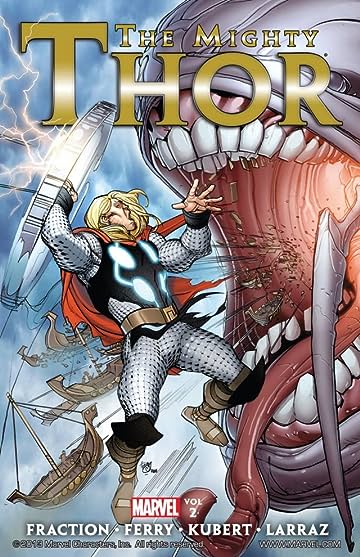